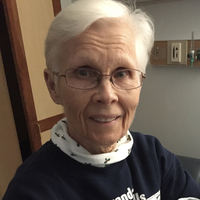 Carol was born in 1949 in Brooklyn, NY to Susanna and Charles Schneider.  She graduated from Keuka College in 1971 with a nursing degree and cared for many at the Homestead and Adult Daycare program at Soldiers and Sailors Memorial Hospital for the duration of her career. Carol gave back to the community through ministry as a Methodist pastor at Benton United Methodist Church, as a facilitator with Grieving Parents Group, and her work as a Weight Watchers Leader. She also was an avid baker and showed love to family and friends through her homemade rolls, jellies, and pies.

Calling hours will be held at Weldon Funeral Home, 102 E. Main St., Penn Yan on Friday, September 2nd from 2-4pm and 6-8pm. Funeral services will take place Saturday, September 3rd at 2pm at Benton United Methodist Church. A celebration of Carol’s life will be held at a later date with details to follow. In lieu of flowers, please consider a donation to Keuka Comfort Care.

To order memorial trees or send flowers to the family in memory of Carol S. Pinneo, please visit our flower store.