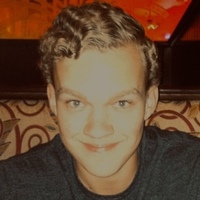 Age 25, of Penn Yan, NY, and formerly of Foothill Ranch, California, passed away from the result of a tragic accident on August 18, 2022.

Cary was born in Weymouth, Massachusetts on May 11, 1997, the son of Michael and Jacquelyn Watts.  Before moving to New York in 2021, Cary lived in Foothill Ranch, where he graduated from Trabuco Hills High School. In addition to MA and CA he and his family had lived in Indiana, New Jersey, Texas and Minnesota.  He studied to be an HVAC Technician at Brownson Technical School in Anaheim, CA.  He recently moved to Penn Yan and joined Interstate Heating & Cooling in Geneva, NY, where he made many friends. He enjoyed working-out, camping, hiking and video gaming. Cary was taken too soon from this world, where he had many plans, like buying a home and starting a family, as well as take up hunting.

The family will receive local friends at the Weldon Funeral Home, 102 E. Main Street, Penn Yan on Monday (Aug. 22) from 6pm-8pm.   The family also plans to have a service later in California.

You may leave a remembrance or condolence for the family in his obituary at WeldonFuneralHome.com

To order memorial trees or send flowers to the family in memory of Cary Michael Watts, please visit our flower store.