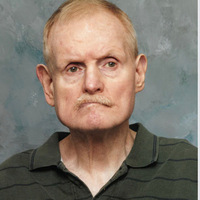 David is survived by his brother and sister, Hans (Virginia) Christensen of Fredonia and Gunhild Carroll of Macedon; sister in-law, Donna Christensen of Saratoga; and numerous nieces and nephews; as well as his family at the Arc of Chemung - Schuyler.  He was predeceased by his parents, James and Esther and a brother, James.

David will be greatly missed and fondly remembered by friends and family as being a man of few words with a large, tender smile.  He enjoyed the finer things in life such as an orderly environment (everything has its place), being dressed “just so”, a well-made peanut butter sandwich and a good piece of gum.  He enjoyed trains and people-watching.  At any given time, you could tell by David’s expressive eyes and head shakes or nods what he was thinking.

A graveside service will be held on Tuesday (August 31) at 10:00am at Lakeview Cemetery in Penn Yan.

To order memorial trees or send flowers to the family in memory of David Christensen, please visit our flower store.