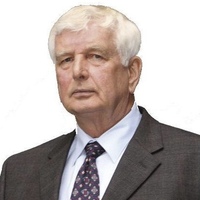 Elden was a graduate from Penn Yan Academy in 1961 and attended RIT where he studied Mechanical Engineering.  He enlisted and served in the US Army from 1965-1967, and was awarded the National Defense Medal.  Elden worked at Kodak and Xerox as a Mechanical Engineer and was awarded two US Patents.  He served as a Yates County Legislator and represented the Town of Jerusalem.

A Celebration of his life will be announced at a later date.  Memorial donations in his memory may be made to The Humane Society of Yates County, P.O.  Box 12, Penn Yan, NY  14527 (or online at YatesHumane.org) or a charity of one’s choice.

You may visit his obituary at WeldonFuneralHome.com to share a memory with his family and friends.  Arrangements with Weldon Funeral Home, Penn Yan.

To order memorial trees or send flowers to the family in memory of Elden R. Morrison, please visit our flower store.