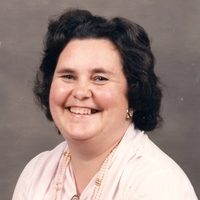 Age 75, of Penn Yan, New York died peacefully December 3, 2022 at 10:15 in the morning at Soldiers and Sailors Memorial Hospital, Penn Yan, with her husband Ed by her bedside.

Fran was born March 30,1947 in Clarksville, Tennessee to Willie and Bessie Tubberville. She met her husband of 59 years while he was stationed in the Army at Fort Campbell in Kentucky. Fran was a strong lady who battled with health issues from 2014 till she lost the strength to go on when Jesus took her on her final journey home. Fran always attended the First Baptist Church in Penn Yan. She worked for five years in Housekeeping at the Homestead, Penn Yan; 20 years part time at Murphy Bishop Tax Service in Housekeeping. She enjoyed knitting, crocheting, and puzzles. She was a volunteer at the Once Again Shoppe and The Back-Pack Program when she was able. Fran was a long-time member and fan of the Grand Old Opry Star and Country Music Hall of Famer, Bill Anderson.

Fran attended many of his fan club dinners, as well as the Opry Anniversary Dinners in Nashville.

She is predeceased by her daughter Becky Anderson in1989; her parents, one sister and three brothers.

The family will receive friends at the First Baptist Church, 224 Main St., Penn Yan, on Tuesday (December 13) from 11:00am to 1:00pm with Funeral Service to follow with Pastor Todd Christensen officiating. Donations may be made to: The Humane Society of Yates County. P.O. Box 12, Penn Yan, New York 14527 (or donate online at YatesHumane.org).  Arrangements with Weldon Funeral Home, Penn Yan.

To order memorial trees or send flowers to the family in memory of Ellen Frances Fran' Anderson, please visit our flower store.