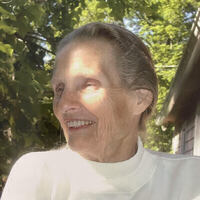 In childhood, Ellen was interested in sports, especially swimming. She became a lifeguard when the local Red Cross coordinator, looking for a recruit, asked at the local swimming place which boy was the best swimmer. The reply was that the girl there was better than any of the boys, and Ellen was chosen. Later, she was so accomplished at water safety that an official overlooked her age to send her to the Red Cross national water safety facility on Chesapeake Bay. Ellen was probably the youngest Red Cross female water safety instructor in the country then. In Horseheads, she helped organize lifeguarding and instruction at the municipal pool. At Keuka Lake, Ellen swam until not long before her illness.

In the 1970s, Ellen was the owner with her husband of Rent-a-Cruise of the Finger Lakes, a fleet of four five-ton rental houseboats operating from Watkins Glen NY. During winters, she taught skiing at Addison Pinnacle and western NY resorts. She was also a publicist and membership coordinator for the then-named Finger Lakes Association, and became widely known by communications media in this part of the US and Canada.  She was a holder of the FLA’s Crane Award.

Ellen had a decidedly artistic and creative side. Her grandmother, Annettie Logan, with whom she was close, encouraged her, particularly in studying fine arts and art appreciation under Alice Archer Sewell James, an artist and the leader of the Urbana Movement. Ellen had a love of architecture, too, which manifested itself in home renovations as well as various crafts, from braiding rugs to caning chairs to refinishing antiques. She was particularly adept in the needle arts, foremost knitting.

Ellen was a graduate of Denison University, where she studied art and took part in extracurricular sports. She was a member of the Chi Omega sorority.

In 1949, Ellen married Archer Nevins Martin II, who survives her. She was the proud mother of four, grandmother of four and great-grandmother of eight. Her children are - Archer (Rome, Italy), John (deceased), Stuart (Elmira NY) and Andrea (Salt Lake City UT), as well as her son-in-law Richard (Salt Lake City UT). Stuart and his ex-wife Patricia Breux gave her four grandchildren - Melissa (Jacksonville FL), Logan (Clifton Park NY), Melanie (Jacksonville FL) and Paul (Spring TX). Logan and Dorothea are the parents of five - John, Theodor, Oliver, Paul and Roland. Cassius is Melanie’s son. Paul and Melissa are the parents of Nathaniel and Robert.

In Ellen’s later years she was known widely for her contributions to genealogical research, especially in German and English ancestries. She meticulously documented her sources and was able to ferret out archival items overlooked by other researchers.

At Ellen’s request, there will be no services and her ashes will be buried in the Logan family plot in Urbana OH.  Arrangements with Weldon Funeral Home, Penn Yan (WeldonFuneralHome.com)

To order memorial trees or send flowers to the family in memory of Ellen Logan Martin, please visit our flower store.