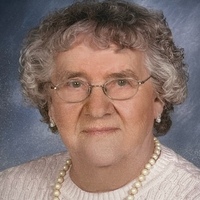 Elsie was born on June 30, 1927 in Prattsburgh, NY. The daughter of Charles and Elsie Gottshall, she was the youngest of seven siblings. Elsie was a lifelong resident of Penn Yan.

On January 19 of 1946 she married Harold Tousley. Together, they had five children, Steve, Dan, Mike, Sandy (Banach) and Mark.
A devout Christian, Elsie was a member of the Baptist Church. In recent years, she enjoyed attending services at St. Michael’s in Penn Yan.
Elsie was a popular person in Penn Yan, and could often be seen out and about with friends or family enjoying a meal and keeping up on current events. Her hugs will be missed by anyone who ever had the pleasure of meeting her, especially her great grandchildren Jay and Emma.
Elsie is survived by her daughter Sandy (John, Jr.) Banach, sons Dan (Mary Lee) Tousley, Steve (Joan) Tousley, and Mark (Sandy) Tousley, as well as several grandchildren and numerous great grandchildren, and her cat Molly May.

Elsie was predeceased by her beloved husband Harold in 2003, her parents, her son Mike, granddaughter Rebecca Banach, her brothers and sisters, several nieces and nephews, and her special friend John Banach.

To order memorial trees or send flowers to the family in memory of Elsie Tousley, please visit our flower store.