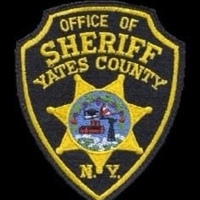 Erwin was born in Penn Yan on April 29, 1925, the son of Enos and Marjorie Robinson.  Upon graduation from High School in 1948, he drove to Chicago, IL without a driver’s license to enlist in the Merchant Marine’s.  Rather than joining the Merchant Marines, Erwin ultimately enlisted in the US Army. He served in the military until 1968, stationed in numerous bases, including Ft. Brag, Ft. Hood, Ft. Sheridan, and on bases in Germany, Greenland, and the Far East.   Erwin also taught NCO School for 11 years.

Erwin was a Yates County Sheriff Deputy subsequent to his military career.

He was predeceased by his first wife, Ruth Robinson in 2008, and his brother and sister-in-law, Charles and Lois Robinson.  He is survived by his wife, Kathleen; sister-in-law, Luella “Minnie” Knapp, and several nieces and nephews.

Burial will be at Arcacia Park and Resthaven Memorial Gardens, North Tonawanda, NY at a later date.

To order memorial trees or send flowers to the family in memory of Erwin P. Robinson, please visit our flower store.