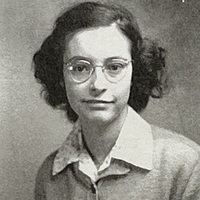 Age 94, of Penn Yan, passed away on May 29, 2022 at The Homestead. Fern was born in Rochester, New York on December 11, 1927 to Lee Collins Mapes and Gertrude M Mapes.  Her father's family home was in Gorham.  Fern and her family lived in Rochester and she attended school there. Later she and her family returned to Gorham where her grandparents lived. When her dad died Fern and her mother moved to Penn Yan.

Fern worked for many years at Lown’s Department Store on Main Street in Penn Yan which was owned and run by James R. Curbeau. She was a long-time member of the Penn Yan United Methodist Church and sang in the choir.  She enjoyed Ell-D-Van get togethers, traveling, collecting stamps and did many cross-stitch projects.

Fern lived with her mother, Gertrude, until her mother's death. Her mother's sister, Florence W. Hirschler, predeceased her.  She is survived by her niece, Diane Nau and her nephew, Gary Hirschler and her cousin, Norma Filion.

There will be a funeral service on Friday, June 10, 2022 at 11:00 am to be held at the Penn Yan United Methodist Church. A reception will be held in Peak's Chapel immediately following the ceremony. Fern will be interred in the Mapes family mausoleum in Gorham.

To order memorial trees or send flowers to the family in memory of Fern E. Mapes, please visit our flower store.