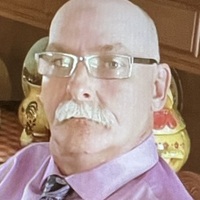 He was employed by USA Truck of VanBuren, Arkansas as a truck driver.

Friends and relatives are invited to the Weldon Funeral Home, 102 E. Main St. Penn Yan on Wednesday (Oct. 26) from 6-8pm.  A Funeral Mass will be held at 11 am on Thursday (Oct. 27) at St. Michael’s Catholic Church, 312 Liberty St., Penn Yan; followed by burial at St. Michael’s Cemetery.

Donations may be made to a charity of one’s choice.

To order memorial trees or send flowers to the family in memory of John R. Henries, please visit our flower store.