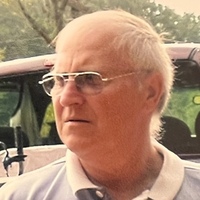 Leo was born in Geneva.  He worked as a long-haul trucker, traveling to every state except 2. He was well known as the local junk man, collecting scrap metal and recycling materials. He was predeceased by his parents, Theodore and Helen Wood.  Leo honorably served in the US Army and served in Vietnam.  Leo was a life member of the Penn Yan VFW and was a past Post Commander.

The family will receive friends at Weldon Funeral Home, 102 E. Main St., Penn Yan on Thursday (April 7) from 2-4pm and 6-8pm.  A funeral service will be held at the funeral home on Friday (April 8) at 11:00am; followed by a committal service with military honors at Lakeview Cemetery in Penn Yan.

To order memorial trees or send flowers to the family in memory of Leo "Fran" Karhan, please visit our flower store.