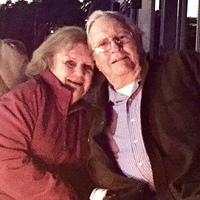 A Husband, a Father, a Mentor, a Friend…. It is with a heavy heart to announce that Melvin (Toby) Weaver, passed away in the comfort of his home with his wife Carol at his side on Monday January 24, 2022. Toby was born March 21, 1937 to Earl and Irma Weaver in Bellwood, Pennsylvania. Toby was one of 8 children and spent his early years on the farm in Pennsylvania. Toby attended school in Pennsylvania and later relocated to Penn Yan, where he attended Penn Yan Academy. Following high school, Toby served in the U.S. Navy where he served on the destroyer USS Robert K. Huntington that operated in the Mediterranean and European waters. It was just before his deployment on October 13, 1956 that he married his beautiful wife of 66 years, Carol Ann Eighmey in Penn Yan, NY.

Following service in the United States Navy, Toby began his career in the Trucking industry working for Penn Yan Express as a driver and dispatch manager. Toby later worked for Eastman Kodak and then started Weaver Burner Service and Sales Inc, which he operated along with his son Todd, until his retirement in 2009. Toby enjoyed time with the family and was very active in his sons school and sporting activities. Toby served various roles as a volunteer in youth sports and activities to include Little League Baseball, Junior League Football and the Boy Scouts. Toby was also active in and served as a volunteer and Governor of the Loyal Order of Moose Club in Penn Yan and was a member of the Elks Club. When not mowing his lawn or tending to his flower beds, Toby enjoyed spending time with family, grilling, chilling and visiting his family near and far.

Toby was known for his generosity and big heart and he will be sorely missed by all.

To order memorial trees or send flowers to the family in memory of Melvin "Toby" Weaver, please visit our flower store.