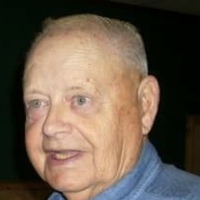 THE FAMILY WILL RECEIVE FRIENDS AND RELATIVES AT WELDON FUNERAL HOME, 102 E. MAIN ST., PENN YAN ON THURSDAY (FEB. 4) FROM 4PM-6PM; FOLLOWED BY A FUNERAL SERVICE AT 6PM.  BURIAL WILL BE HELD AT LAKEVIEW CEMETERY IN PENN YAN ON FRIDAY (FEB. 5TH) AT 11:00AM.

Mike was born Oct. 7, 1928 in Penn Yan, son of the late Milton and Oral Race.  He served in the Army-Air Corps starting in 1946.   He was stationed at different bases and was the first ever to use the fax machine in Washington, DC and later stationed at the Air Force base in Rome, NY, where he was the weatherman.  Mike loved to play baseball, and even owned and sponsored a winning team for many years, the Benton Bombers.  He was a devoted husband, father, grandfather and great-grandfather, who loved his family dearly.  Mike owned and operated Benton Motors from 1954-1999.  He collected Antique Cars and belonged to several car clubs; including the National AACA, Wayne Drumlin Antique Car Club, Buick Club, and Cord Duesenberg Club.

Memorial donations in his memory may be made to Benton Volunteer Fire Dept., 932 Rt. 14A, Penn Yan, NY 14527.  You may express condolences to the family online at www.WeldonFuneralHome.com.

To order memorial trees or send flowers to the family in memory of Merrill "Mike" Race, please visit our flower store.