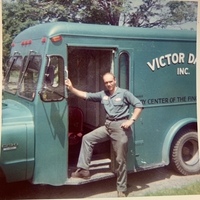 The family will receive friends at Weldon Funeral Home, 102 E. Main St. Penn Yan, on Saturday, April 2, from 11am-1pm; followed by a funeral service at the funeral home at 1:00pm.  Private Burial at Hillside Cemetery in Dundee.  A reception will be announced.

Robert was born in Olean, NY on September 14, 1941, the son of the late Laura L. (McCann) Tyler and Robert B. McKay.  Robert was also predeceased by his wife, Inez M. McKay.

He is survived by children, Susan A. Corcoran (John), Barbara A. Sokolowski (Francis), Linda A. Gavigan (Patrick), and Edna A. McKay (Christina Ashley).

Memorial donations may be made to a charity of one’s choice.

To order memorial trees or send flowers to the family in memory of Robert McKay, please visit our flower store.