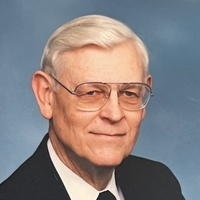 Roger was born on April 2, 1923 to Warren and Mary (Daines) Knapton of Penn Yan.  He was a graduate of Penn Yan Academy and entered Alfred University and received his A.A.

He was ordained to the ministry on December 17, 1950 and served the Southern Baptist Convention as Pastor in churches in New Jersey, New York, and the six New England states.  Roger participated in many evangelistic crusades and revivals in England, Scotland, Russia, Ukraine, Mexico, India, and Turkey from 1972-1998.  He and his wife started and or pastored 8 churches in New York, Oklahoma, and Kansas.  His last and final church was the Clyde Baptist Church in Clyde, NY, where even at the age of 80-90 years, he and many were instrumental in establishing a FREE 2nd Hand Closet for those with needs.  Roger enlisted many teams from churches, mostly from the southern states to build, renovate and maintain church buildings.

Roger had a keen whit and engaging personality, never complaining.  He loved to garden and worked tirelessly every day, even into his 90’s.  Roger’s dedication to his Lord is indication of his life-long service for Him.

Roger is predeceased by his wife Mary and his brothers, Gerald (Audrey), and Leland (Ruth).

Visiting hours will be held on Thursday (Sept. 22) from 1pm-2pm; followed by a funeral service at 2pm at Weldon Funeral Home, 102 E. Main St, Penn Yan, NY; followed by burial at Lakeview Cemetery.

Condolences or memories may be expressed in his obituary found at WeldonFuneralHome.com

To order memorial trees or send flowers to the family in memory of Roger W. Knapton, please visit our flower store.