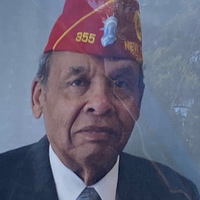 A committal service with full military honors will be accorded on Saturday, April 24, 2021 at 2:00pm at St. Michaels Cemetery, 54 W. Lake Rd., Penn Yan, NY.  A recorded link of the service on April 24th may be found below this obituary at the "Funeral Service" link.  https://www.tributeslides.com/tributes/show/Y83M2MQTF28JK4LR

Stanley was born in Penn Yan, NY January 21, 1935.  He is survived by his significant other, Ellen Harroun, two sons, Stanley and James, a brother Walter (Mary), four grandchildren, Kennedy, Nicholas, Colin and Siarra Clark and one great-granddaughter, Ruby.  He was pre-deceased by his parents, Franklin and Lena (Russell) Clark, brothers Frank and Stuart and sister Blanche Baskerville.

Stanley was a proud career veteran of the US Army.  At the young age of 17, while still a student at Geneva High School in 1952, Clark enlisted in the Army, completing his high school education while on active duty.  He served with the 2nd Infantry Division in Korea from 1952 to 1953.  He served two tours in Vietnam, from 1965 to 1967 in the 1st Infantry Division and from 1969 to 1971 in the 197th Transportation Battalion where he was captain of a tugboat in the Mekong River.  He received many medals including the Combat Infantryman's Badge and the Korean and Vietnam Service Medals.  He retired in 1972 with the rank of Sergeant First Class.

Stanley devoted the rest of his life to service for his fellow veterans.  In 1974, he was appointed Director of the Yates County Veterans' Service Agency and spent the next 20 years assisting other Yates County veterans, retiring in 1994.

Stanley was an Honorary Life Member of the Johnson-Costello Post #355, American Legion, Penn Yan, which he joined in 1972.  He was the only Yates County Legion member to ever be elected Commander of the Department of New York, leading more than 100,000 members across the state in 2005-06.  He was subsequently elected to serve as New York's member of the National Executive Committee from 2013 to 2014.  He was a past commander of his post, Yates County and the 7th District, and srved in numerous other offices and committees.

You are invited to sign the condolence book at weldonfuneralhome.com.

To order memorial trees or send flowers to the family in memory of Stanley H. Clark, please visit our flower store.