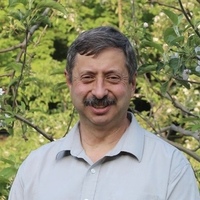 Steve was a devoted conservationist and lover of the outdoors. He was especially passionate about hunting and fishing as well as exploring all the Adirondack Mountains had to offer. He worked for Mercury Aircraft for a decade before joining Corning Inc. as a Lab Technician for the last 23 years.

He was also a member of many clubs and organizations in the Yates County area, including The Barrington Rifle Club.

Later in life, he started Barrington Heirloom Orchard on the family farm in Barrington NY.  This orchard was originally started by his grandfather 100 years ago.  It was known for its beautiful varieties of rare apples as well as a delicious, sweet cider. He also enjoyed many card games with his uncle and close friend, Ernest DeWaters, and many Sunday dinners lovingly prepared by his wife Debra.

He is survived by his wife Debra Weckelman, their daughter and son-in-law Ashley (Michael) Leib; and two grandchildren, Jacob and Ava. He is also survived by his sister Linda (Tom) Petro and their children, as well as many cousins and extended family and friends. He was predeceased by his parents, Marian (DeWaters) and James Weckelman

According to his wishes there are no funeral services.  Donations in his memory may be made to the CJD Foundation, 3634 W. Market St., Suite 110, Akron, OH 44333 (Or online at www.cjdfoundation.org)

You may visit his obituary at WeldonFunearlHome.com to share a memory of Steve with his family and friends.

To order memorial trees or send flowers to the family in memory of Stephen J. Weckelman, please visit our flower store.