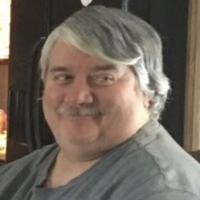 Steve was predeceased by his parents; sister Diane Scutt; and sister-in-law, Shirley Scutt.

He is survived by his brother, Dan Scutt, and sister and brother-in-law, JoAnn and Jim Cuyle, all of Penn Yan; nephew Aaron Niver; and great-nieces, Savannah and Tiara Niver.

Steve worked at Cam’s New York Pizzeria and formerly Pizza Hut.  He was a member of the Penn Yan Moose Club and Seneca Lake Duck Hunters Club.  He loved spending his time fishing and hunting.

A private committal service will be held at City Hill Cemetery at the convenience of the family.

To order memorial trees or send flowers to the family in memory of Steven G. Scutt, please visit our flower store.