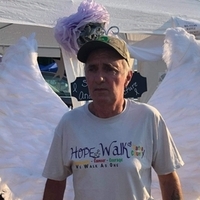 Stewart T. Breeds
Age 60 of Penn Yan, NY went to be with the Lord May 8, 2021. Stewart was born May 16, 1960 to Gerald and Ruth (Dellow) Breeds in Cortland, NY. He was raised in Summerhill, NY where he grew to love working on different farms. He enjoyed fishing, hunting, camping and anything to do with the outdoors and spending time with his family.

His love for farming led him to Himrod, NY in 1994 where he worked for David Anderson Farms. In March 2007, he went to work for Lakeview Organic Grains where he worked until November 2019 when he became ill with esophagus cancer.

Stewart never knew the word no. If you asked for his help, he was there with bells on. His family was his life and they will miss him immensely.

Stewart is survived by his Wife of 30 years Audrey Breeds whom he loved and would do anything for. He is also survived by his mother Ruth Breeds of Moravia, his children Amber Brown (Alvin) of Penn Yan, Aminda Gonzalez (Chilly)of Orlando, Florida, Jonathon Herman of Penn Yan, Justin Herman (Samantha) of Clifton Springs, Alex Breeds (Alicia) of Penn Yan, Stewart Breeds (Sherry) of Missouri, Robert Herman (Christie) of Penn Yan, and Randy Hall (Jeff) of Penn Yan along with more than 30 grandchildren with 1 great-granddaughter.

He is further survived by his siblings, Steven Breeds (Jamie) of Summerhill, NY, Sigrid Parker (Bill) of Locke, Cynthia Compton (Bill) of Moravia, Sally Compton (Peter) of Locke, and Shawn Breeds (Connie) of Poplar Ridge. Special thanks to his “favorite son” CJ Moore, his wife Kendra, and their son Erick. Stewart treated all of his friends like family and will be sorely missed by them all.

Stewart was predeceased by his father Gerald Breeds, brother Scott Breeds, and his grandson Zeke Breeds.

Arrangements for the funeral have been entrusted to Weldon Funeral Home in Penn Yan. A funeral, followed by a celebration of life will be May 22, 2021 at the Himrod Conservation Club from 1pm until complete.

To order memorial trees or send flowers to the family in memory of Stewart T. Breeds, please visit our flower store.