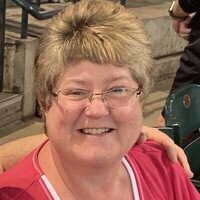 Your parents lied to you growing up. We were all raised with a certain set of virtues instilled since an early age. Common among them; “do no harm,” “good things happen to good people,” and “work hard, follow the rules and everything will work itself out.” The unfortunate thing about luck is it cuts both ways. Luck is very much a double-edged sword. A more realistic parable of this thing called life ought to be, “no good deed goes unpunished.”

In the early hours of Tuesday morning April 6th Tammy Lorraine James went home to be with the Lord after her eight-month battle with Cholangiocarcinoma. A rare and unrelenting form of liver cancer that affects a small number of very unlucky souls. Its impact is significant and cuts holes the size craters in families that never deserved such a foe. Cancer will forever now be a part of the story that is Tammy James and her family. Both unfortunately and fortunately cancer is only the last chapter in a 56 chapter fairy tale. Here is a brief synopsis of the first mesmerizing 55 chapters…

Tammy was born April 13, 1964 to two amazing people, Leslie Anton Dinehart and Judy (Moss) Dinehart here in Branchport. Followed by Penn Yan Academy where she graduated in 1982. Tammy left a lasting impression even in those days, making life-long friends who are undoubtedly part of the carnage our cancer has left in its wake.

After attending Corning Community College, she married Loren James of Branchport in September 1984. Loren and Tammy spent 36 years together, raised two beautiful children Andre and Amanda and made memories together worthy of fireworks. Tammy and Loren accomplished so much in 36 short years, it should have been 63 years together.

Tammy went on to work for the Yates County Child Protective Unit until she transferred to the New York State Unified Court System. Tammy would go on to act as the Chief Clerk in Family Court in Penn Yan. Tammy and her team quite literally worked to help those in our community who could not help themselves. She was forever a public servant and advocate for those who had no voice.

By now it should not come a surprise that Tammy continued to make memories and lasting relationships with people who initially she saw as co-workers and at the end, inseparable best friends.

Your parents did lie to you. Life is not fair. But what any parent likely struggles to convey to a growing child is that one’s life is not defined by the acts of sheer happenstance along the way. There are ups and there are downs. It is not any single moment in time the defines someone or the life they live, rather the sum of the whole.

Looking back at Tammy’s 56 years of life, we are all tremendously humbled and honored to have had such an amazing woman in our lives. She left too early. Absolutely. But as we look around we have a road map for how to continue to walk alone. We are comforted knowing that Tammy’s impact on our family and our community will not be defined by cancer. Rather it was those first 55 chapters that made her story our most favorite fairy tale.

There will be calling hours at the Weldon Funeral Home in Penn Yan on Friday April 9th from 5:00 to 7:00 PM and a celebration of life Saturday afternoon April 10th at the Penn Yan Moose Lodge from 3:30 to 5:30 PM. In lieu of flowers please consider donating to Ontario-Yates Hospice.

Enjoy every chapter you write in life with those who you love most.Thank you to our entire community and all our friends and family,

To order memorial trees or send flowers to the family in memory of Tammy James, please visit our flower store.