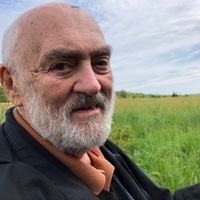 Wayne William Wagner Penn Yan, NY – Passed away on January 31, 2021 of natural causes at Soldiers & Sailors Memorial Hospital after a long illness and contracting Covid-19. Wayne was 79. He was born and raised in Cohocton, NY on February 3, 1941. As a young man, he was active in school including sports, music, math and science. He graduated high school in 1958 and graduated college, State University at Alfred in 1960. Wayne held two Dr. of Humane Letters. One from State University at Alfred and one from Keuka College. Wayne spent approximately 40 years at Birkett Mills, including 33 years as President (the youngest at age 33). As a child Wayne enjoyed the outdoors and sports. He had a fine family base. Wayne was very close to his grandfather along with his parents. Wayne cherished the trips to New York City that he and his grandfather took. He worked many part-time jobs during school. After graduation, Wayne and C.J. Adrience drove to Anchorage, Alaska and hitch-hiked back home after spending time with his Aunt Dot and Uncle Warren, working on the Alaskan Railroad on a night crew and wrecking their van on a snowy dirt road. They also fished for salmon and panned for gold. After that he served in the army serving from 1963-1965, stationed in Augsburg, Germany. Wayne married Janet (Hughes) Wagner in 1968 and they had two sons, Patrick Wayne and Aaron McCormack. Wayne was a longtime Charter member of the Penn Yan Lions Club. Throughout his life, Wayne made a career of devoting time to better the community. His motto of “Service-thru-U” was lived each and every day. His most recent project was the new playground at Red Jacket Park in Penn Yan, NY. His memberships included: Avoca # 0673 Masonic Lodge, 50-Year membership with the Masons of State of NY, Penn Yan Lions Club, Shriners and Cohocton Methodist Church. Wayne served as Trustee (16 years) and Trustee Emeritus (1997) of Keuka College. He also served as Chairman of the Board for Keuka College (1990-1994). Wayne served as Cabinet Secretary, Deputy District Governor (1986-1987) and District Governor (2004-2005) of Lions International. Wayne also served as President and Secretary of the Penn Yan Lions Club and Secretary of NYS & Bermuda District 20-E2. He served 25 years as an Official for Section V and received an award from Steuben County & Section V for Outstanding Contributions to High School Athletics (1989). Other awards include: Member of the Year from Lakeside Country Club(1985), Humanitarian Award (2017), Outstanding Service (1985), Life Membership (1996), Camp Badger (2005) Leadership & Guidance (2019), Vision (1994), Lion-of-the Year (1985- 1986), Spirit of Lionism (1996-1997), Charter Member (2004), Past President’s Award (2006), Growth (1985-1986), Distinguished Service (1984-1985) and Outstanding Service from the Penn Yan Lions Club, a Thank-You Award (2005) Certificate of Appreciation (1990-1991) Certificate of Appreciation from Bob Corliew (2016-2017), Certificate of Appreciation (1994-1995) and Melvin Jones Award from Lions Club International Foundation. Other awards include: Lions Youth Foundation Award from Brandell-Murphy (2017), Approved Basketball Official from International Association (1992), Leadership Award from NYS MD-20 (1992) and Recognition of Continued Support of High School Athletics from IAABO # 156. Wayne enjoyed hunting and fishing and all things outdoors. His hunting skills and stories will live on forever. Even this year he would comment on the possibility of ice on Keuka Lake so he could “get some trout.” Wayne is predeceased by his father, William Hayward Wagner and mother, Mary Elaine (McCormack) Wagner. He is survived by his partner of twenty-seven years, Michelle M. Worden and dog, Tahoe of Penn Yan, NY. Wayne is also survived by his sons: Patrick (Jillian) Wagner of Prattsburgh, NY and Aaron Wagner of Hammondsport, NY, wife, Janet P. Wagner of Hammondsport, NY, sister Janet (Art) Burritt of Bath, NY, brother, John (Michele) Wagner of Bath, NY, sister, Elaine Hughes of San Jose, CA, nephew, John Burritt of Dundee, NY, niece, Kristy (Drew) Smith and son Brady of Stratham, NH and her twin, Amy Burritt of Elmira, NY and Karen (Mike) Ierlan and three children of Victor, NY. Wayne is also survived by two grandchildren: Ian and Maryn (Patrick & Jillian) of Prattsburgh, NY and other loving aunts, uncles, cousins, nieces and nephews. Wayne was a generous man and father. He cherished many friendships especially his coffee group that met each workday at the Wagner. A celebration of life will be held at a later date. In lieu of flowers, contributions may be made to the Penn Yan Lions Club Foundation, PO Box 663, Penn Yan NY 14527. Please wear a mask, socially distance, wash your hands and be safe.

To order memorial trees or send flowers to the family in memory of Wayne William Wagner, please visit our flower store.